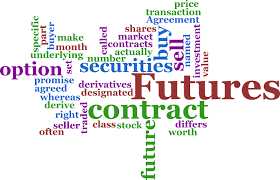 Although current Blockchain systems like Bitcoin or Ethereum clearly represent breakthrough technologies for realizing financial services without the need of central trust, they suffer with a basic problem to realize a wide range of financial services: They focus on instant payments and money sending. Most financial products however are not build on the instant payment but rather on a promise of a future payment. In this sense instead of the basic services, like a certain M amount of money, Bitcoin or Ether is transferred, the basic protocol should focus somehow on the fact that a certain amount of M money will be transferred in a future t time point. As a consequence atomic transactions should be rather build up with the help of <M,t> tuples. Certainly it is a very good question if the Blockchain can help somehow that the certain amount of M money is really or with a high probability will be really transferred at the t time point.
Posted by Daniel Szego at Monday, June 12, 2017

From a general semantical perspective there is not much different between the different social networks, like Facebook, LinkedIn, Xing or Yammer. They provide more or less the same services; they are actually different based on two fundamental differences:

1. the target market: as for instance LinkedIn attempts to aim the whole world as professional network, Xing aims only the DACH market, Yammer rather concentrated only on the internal corporate fields.
2. they work with different digital identities: as for example Facebook works with a rather personal identity, LinkedIn clearly aims only professional networking.

On a long run it can be predicted that multi-identity social networks will appear: on which I can reveal one part of the data of my identity to one group of people and make connections with a total different data set to another group of people. It is certainly a good question how it can work from a practical side, one option is having totally separated identities, like "digital avatars" for public professional networking - private professional networking - personal connections - family connections and so on. Another option is to make the possibility to configure everything on the individual property basis, like a certain property is available only for my professional connections but not for my personal ones.

It is an open question as well how such a multy-identity service can be implemented in a hacking resistance way, clearly in such a scenario an identity theft would be fatal.
Posted by Daniel Szego at Monday, June 12, 2017