Blockchain for everyone: is it time to have no code application development platforms on blockchain ? 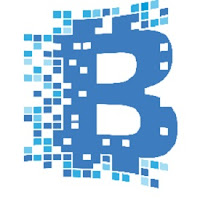 Well, on the one hand, it seems the blockchain technology is starting to get into a hype phase, implying new starts ups with new ideas for each month and a lot of turbulence in media and press. As the technology is however disruptive, meaning creating new markets and destroying old ones, it is pretty difficult to predict what kind of a business models or ideas can be successfully implemented with decentralized ledgers and which do not have the chance. I guess it requires an extensive experimental phase in the next couple of years, implying a lot of small rather proof of concept and prototype projects.

On the other hand, the whole area looks like as the wild west, so finding a professional blockchain developer for each experimental project will be not so easy. First of all everything from a technological point of view is pretty huge, bitcoin, altcoin, ethereum, hyperledger,... and who knows what comes the next week. Secondly, developers who really have got the experience in one field are probably already hundred percent involved in one or more hot start-ups. Thirdly, there is not something like, official developer training or certification for a blockchain developer. As a consequence, it can be predicted that there is gonna be a relative big demand for blockchain developers in the short future that can not really be satisfied.

A possible solution can be low-code or no-code development platforms on the top of blockchain. No-code or low code platforms provide generally the possibility for IT power or business users to build application pretty fast without having deep coding knowledge. These platforms are usually not Turing complete, meaning not general enough to build up every possible applications, but they provide a way to build a set of typical ones fast and efficient. So, typical proof of concept or experimental blockchain applications can implemented directly by power or business users.

Certainly, the major question is where the focus should be set. One way is to get a general blockchain development platform, like Ethereum, and build a no-code or low-code framework on top. Such a solution would provide the strong integration possibility with the blockchain technology, however integration with other technologies, like mobile apps, storage or data, might be difficult. The other way might be to get a classical low-code development platform, like K2, and extend for a a specific blockhain field, e.g. integrating the services of the bitcoin API. It would provide all the advantages of the existing low-code platform, but it would be rather an interface integration without the decentralized philosophy.
Posted by Daniel Szego at Monday, May 09, 2016