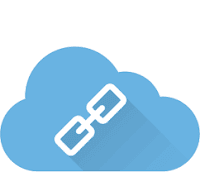 Let we imagine a use case where a multinational company tries to develop a system that is available in each location. Putting such a system to a private Blockchain and putting one or two nodes at each location clearly has some advantages:

1. Hacking Resistance: The system is pretty much hacking resistance, even of one or two nodes are hacked neither the voting process nor the existing Blockchain can be influenced. On the other hand, some functionalities are cryptographically secured making even more difficult to hack. Certainly a lof of thing depends on the Consensus mechanism or on the applied cryptography. For instance "Proof of Work" might be an overkill for such a system.

3. Interoperability: let we supposing that a private corporate software solution has to be extended for other companies, realizing a general consortium solution, or some independent companies upgarde individual private software solutions to a common consortium one. These scenarios can be easily realized if the core technology is a private Blockchain, otherwise they are pretty difficult.
Posted by Daniel Szego at Wednesday, April 05, 2017