Notes on general coin services - token as a service 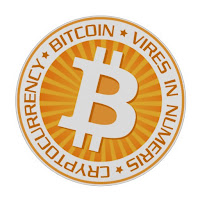 Considering the current gold rush for ICO-s and different tokens, there are a couple of services that do not necessarily provide services on their own, but rather concentrate on giving general services for other ICO-s. It is generally the question which are these services. The mostly needed service is not just general consulting but the token creation itself and something that is a "trusted" communication for the cryptocurrency economy to convince everybody that the project is "kosher". Let we call such services as token-as-a-service.

However exactly providing these functionalities has some negative effects. A successfully project is usually much more than simply a token sale. They focus instead on creating fully decentralized platforms on which programming the token itself is usually just the first and easiest step. So, if a company or team can not succeed in even the easiest step, than they will probably fail to deliver anything at all at the end of the development plan. It means indirectly, that such a general coin services will attract all the scammers from the market.

On the other hand, providing token as a service can attract multiplicative legal risk, as the company providing different tokens can be made responsible for each tokens. As the general token sale is basically a wild west at the moment, meaning different legislation at each country that is changing day by day, providing a token-as-a-service can a legal nightmare.

It is a general further question if such a services should be provided in a centralized way, or there is a possibility to do it completely decentralized.
Posted by Daniel Szego at Thursday, November 09, 2017