On the legalization of the cryptomarket 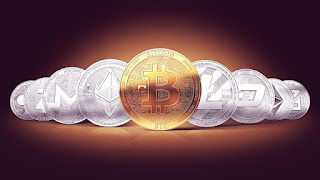 Continues efforts for putting the whole crypto market into the existing legal framework is doomed to fail. The reason is pretty simple they are just simply scratching the surface of the whole phenomena, instead of trying to understand the fundamental building blocks of the crypoeconomics and adapt the whole legal system accordingly. Actually the legal system is about hundred years old, having no chance to deal with the changed digital environment, As a result the legal definition still struggles defining what is exactly a cryptocurrency or Bitcoin and in the meantime totally new phenomena, like ICO has reached a billion dollar market share. However the real question is what is appearing on the horizon of the Blockchain innovations. It is something for that is not payed attention at all, implying that regulators will be again one or two steps behind as soon as the new phenomena scales up.
Posted by Daniel Szego at Saturday, November 11, 2017