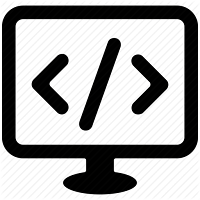 Blockchain and smart contract programming languages have actually a pretty bad approach as most of them start from an object oriented approach. In an object oriented approach, the fundamental modelling approach is the object that has some properties and some functions that mostly meant for changing the internal state of the of a given object. However in a blockchain system, the central modelling unit must be the transaction that will be executed and validated throughout the distributed ledger. Transactions do some kind of a change in the state which might be represented by objects or any other kind of formalism, nevertheless the focus is on the transactions, so the central point of the modelling must be the transaction as well. Probably that is the reason that object oriented initiatives, like solidity, are not natural in blockchain context and sometimes difficult to interpret what they should do. Languages, like the modelling and transaction language of Hyperledger fabric composer are more natural to follow.
Posted by Daniel Szego at Saturday, October 06, 2018