Notes on the strengths of the cryproteconomical guarantees 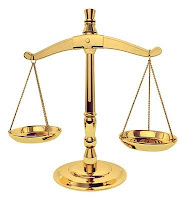 Cryptoeconomical guarantees are actually weaker than the pure cryptographical ones. Cryptoeconomical guarantee means that hacking the system is not profitable, meaning that more money will be lost than gained. As an example proof of steak is based on such a cryptoeconomical guarantee, that states that if I want to hack the system and it become well known you lost all of your stake. As it is a logical motivation that most of the people or rational actors behave economically rational, meaning that they tend to maximize the profit or benefit in some sense. However, the problem is that most of the economical guarantees exist only in the system itself based on assets and resources that are defined by the system itself. So, it is certainly if I try to hack the system in a proof of stake I will loose my stake, but perhaps I my economical rational profit maximization is not based hundred percent to the systems itself. As an example, if the hacking attempt will be well-known, the general trading value of the platform against like USD might fall, that means that I can make a profit from shorting and I might as well do profit even if I loose my stake.

On the contrary cryptographical proofs use another scarce resource, which is usually computation. Simply put, most practical cryptographical algorithm assumes that breaking the algorithm is computational infeasible meaning that it would take millions of years even with the most advanced, state of the art computers. This is a kind of practically impossible guarantee which is much stronger  than a not profitable one.

Perhaps it is important to note though that proof of work is actually an economical guarantee not a cryptographical one, because the amount of computational power to break the consensus does depend on the competition of the miners. With other words, it depends on the amount of money invested to mining equipment.
Posted by Daniel Szego at Saturday, December 01, 2018