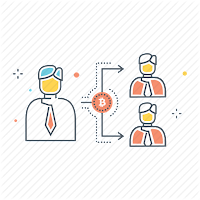 Certainly, from a theoretical basis, the situation can be a little bit more complicated if we consider general smart contracts as well instead of cryptocurrency transfer. At smart contracts a transaction might consume information of an account and modifies another one. It is important here to have consistency, instead of double spending, like a transaction should not be dependent on the value of an account if another transaction tries to write the same account variable.
Posted by Daniel Szego at Monday, December 10, 2018