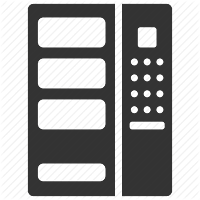 For distributed state machines, the usual example that is used in a crypto community is the vending machine. Vending machine is the usual example for the state machines in computer science. It is however a bad example for a distributed state. The main example for that is that it is a physical object that can be imagined pretty difficult in a real decentralized implementation. It would mean something similar that you get your coke only if all of the vending machines around the world produce the same output, which is actually pretty weird. Instead a better decentralized example should be used possibly not including any kind of a physical object. As a simple example, a conditional money transfer can be executed if some party signs the transaction and these signatures are validated by the majority of the nodes around the world.
Posted by Daniel Szego at Monday, December 10, 2018