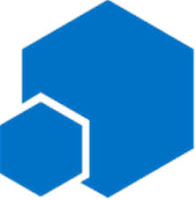 Recent change from Microsoft that SharePoint Apps will be renamed as SharePoint Plugins. As it is theoretically only just a new name, despite it is interesting to a look which name describes the technology better.

App Framework for mobile devices means something in the direction that you have a got a basic framework, that is the core mobile device. It is extended in a couple of directions by Apps. The basic Framework provides among the others the following services:
- Framework and access to the touchscreen
- Phoning
- Data Transfer
- Geo location service
- Access to other hardware devices
- ....


As a consequent, if we speak about SharePoint Apps, we would expect something similar, a core framework that is extended by the SharePoint Apps themselves. So the question is what should be regarded as SharePoint basic functionalities. Having more than 6 years SharePoint development experience I would say that at least the following elements should be regarded as SharePoint core services:
- Integration on Authentication
- Integration on Authorization
- Workflow integration
- Data model integration, like standard Lists and extended data model elements.
- User interface and design integration
- Integrated operation model, like integrated logs or monitoring
- ...


Some of these functionalities are covered by the SharePoint hosted App model, however almost none of them are realized by a provider hosted App. Provider hosted App model realizes only the integration of the Authentication, everything else has to be developed from scratch, like building up ta SharePoint like user interface, realizing the same authorization model or developing web services and custom activities for workflow integration.

As a conclusion, a SharePoint hosted App might be called really as an App, but for a provider hosted App the name is surely pretty much misleading. One would expect a model and core functionalities that do not exist. In this sense AddIn is probably a much better naming choice.