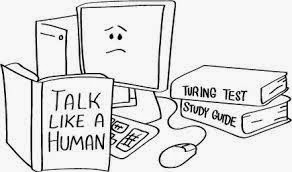 The Turing test is a test of a machine's ability to exhibit intelligent behavior equivalent to, or indistinguishable from, that of a human (Link to Wikipedia).
As Turing test generally pretty difficult to pass for a machine the question how difficult is to have a Facebook Turing test. I mean supposing that your software posts weekly a couple of pictures quotes and emotions, and commenting some specific topics, like for a topic animal lovers : wow, I like, dogs... or something that is just a little bit more as a bullshit bingo.
I mean is there really a chance to identify only via Facebook if someone is a human or not ?