Blockchain as a management or leadership philosophy 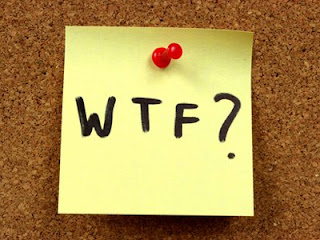 "Agile leadership", "Agile management", "Data-driven leadership", "Lean management", "AI in leadership", "How AI will redefine the management", "Lean Leadership" .... Business and management philosophies seem sometimes lack of the original new ideas, instead they borrow ideas from the technology field and try to adapt somehow to an absolutely other field. Classical nowadays example is the Agile leadership and Agile management, which has got the original root in the software development, however it is widely used from classical project management to leadership philosophies with more or less success. Similarly lean, or 6 sigma were actually rather special techniques for production until they were adapted to a broader audience. AI (Artificial Intelligence) and machine learning have been starting to appear in the technology hype phase, however there are already initiatives to define data-driven leadership, and there is brainstorming as well to define AI in leadership.

Surely, there will be initiatives to adapt Blockchain or rather in broader aspect decentralization as a management, business or leadership philosophy. Actually, we have already seen the first initiatives, the DAO (Decentralized Autonomous Organisation) that were trying to replace some of the core management functions with smart contracts. Unfortunately the project was hacked, as a consequence the initiative did not really reach the Hype phase. However, the DAO is only one part of the spectrum. As it is possible to replace most of the core management administration and coordination with smart contracts, it is still pretty much an illusion to automate everything from leadership to doing business. On the other hand, management and leadership philosophies are simply products that are sold among the others to managers and leaders, so automating everything might not be the best selling argument for some of the target groups.

As a consequence, I am sure that Blockchain or Decentralization will appear as a general management or leadership philosophy as well that has got the roots in the technology field itself but will adapt most of the ideas. How will this new philosophy look like ? Well, we can only guess: It will be probably prefer platform thinking, it will automate most of administration tasks with smart contracts (and hopefully rather with gamification than with some boring administrative tasks), it will be exponential, it will consider non-humans as well both and employees or as customers ....