Recent events showed an extreme increase in the bitcoin price especially at the end of summer, implying situation in which the transaction fee itself was sometimes bigger than the amount to be transferred. Certainly with the SegWit and SegWit2x activations, the situation will be better, however the basic problem will not be solved. 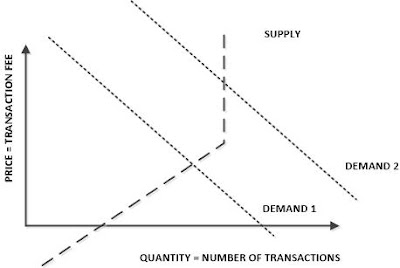 The situation will be better, but actually will not be solved by the SegWit activation, as the vertical point of the supply curve will only be at a higher value but do not disappear totally. As a consequence, we will face with the same problem probably in a year as the general demand for Bitcoin transaction increases.