A framework for analyzing and comparing distributed ledger frameworks 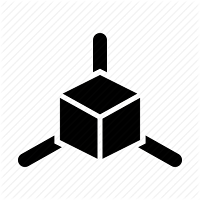 Distributed technologies are getting more and more complex every day and there are an increasing number of different such technologies. For this reason it is important to set up a framework in which different distributed ledger and blockchain technologies can be analyzed and compared with each other. For the general comparison we would defined the following important dimensions:

- Transaction semantics: this dimension simply describes what can be represented by a transaction. In most simply exceptions transaction represent simply the sending of cryptocurrency from one account to another on. In more difficult scenarios, transaction represent general cryptoassets or IOU information. The other end of the possibilities are the general purpose smart contract programming languages, which provide the possibility to implement any kind of programming languages.

- Network scope: this dimension described the scope of the P2P network. The most simple network is a private one, even if it is heavily discussed if it makes sense. The next possible solution are the consortium networks where peers of the system are not available to everyone just for a certain number of consortium members, usually concentrating on a specific industrial field. The other end of the range are the public distributed ledger technologies where the network is reachable publicly to everyone.

- Consensus performance: clearly one of the most important part of every distributed ledger technology is the consensus mechanism. One of the major dimension how different different consensus algorithms can be compared is the performance. Performance can be best described with the average confident processing time of a transaction and the number of transactions that can be processed each second.

- Token and cryptoeconomics: last but not least, it an important feature for every distributed ledger system how much it contains tokens supporting internal or external mechanisms. Some systems do not have tokens at all, others support tokens only for different internal incentive mechanisms, but of course there are cryptocurrencies and multi-token systems as well.