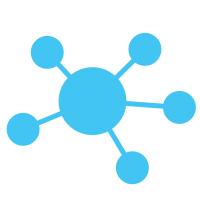 Decentralized applications based on the blockchain are heavily dependent on the network effects. The value of each platform will be strongly depend on how many actors use the network. In this sense, public networks have much more chance to reach mainstream adaptation than the consortium ones. It is actually an interesting question which of the consortium blockhain solutions have the chance to reach mainstream adaptation: probably the ones that have public solutions as well. One thing that is however dangerous for public blockchains is the forking. Forking practically splits the community into two competing parts. However because of the network effect, such a split will not half the value of the individual networks but quarters them, with other words halfing the value of the whole network.
Posted by Daniel Szego at Friday, April 13, 2018