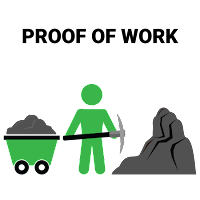 Proof of useful work is one of the holy grail of the blockchain space. Although there are initiatives, like proof of useful work via proof of stake, where coins at stake would be generated at actually computing something useful, the scheme does not provide the possibility to integrate the useful work into the transaction processing itself. Platforms like decentralized IOU networks would require that the transaction processing and optimization form one common system and optimization is integrated part of the mining or transaction validation.