Blockchain strategy and bootstrapping the ecosystem for developers 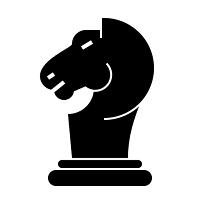 With the appearance of the newer and newer blockchain platforms, every company tries to position  and bootstrap the platform differently regarding the developer community and attract more and more developers the work with the platform. Strategies might vary as:

- last but not least, there are platforms that support multiply programming languages like Tendermint or Babel, trying indirectly attract everybody who is a developer throughout the world.

The strategy can be however extended. As the aim should not be be of any such a platform to attract as much developer as possible, but as much application builders or applications as possible. In this sense strategical direction can be to attract business users instead of developers and provide no-cost or low-cost application development environments. Another idea might be to provide an interface or possibility to integrate different exiting business applications, or use directly a domain specific languages for modelling businesses integrated with the blockchain platform, like different BPMN notations.
Posted by Daniel Szego at Monday, August 27, 2018