Trade of for showing information in a blockchain wallet or explorer 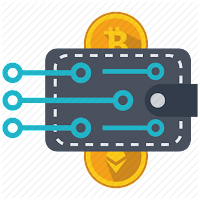 A blockchain wallet, usually stores only the local keys in the wallet, or from efficiency reasons some of the cached information. However everything that is relevant, like the balance of an account, the data of an account, or the existence of a transaction is stored on the blockchain. This implies an interesting dilemma for a wallet or even blockchain explorer implementation: which data should be shown to the end user. The two major versions might be  the followings:
- showing the most up-to-date data, in extreme cases even transactions that are already in the transaction pool but are still not confirmed. This solution might have the problem, that in case the blockchain forks, that might happen often on the top of the chan, the data will be changed or even disappear.
- showing data only after a certain number of confirmations, like 3-10 have the advantage that the data will probably not change due to standard changes. However it has the disadvantage that the data might be simply old.