Classical technology hype-cycles usually have the following characteristics: After an over-estimated expectation curve there is a negative peak of expectations and on the long run, the somehow the expectations reach the real output of the technology (Figure 1). 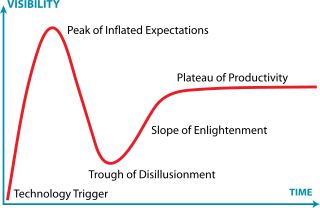 Surprisingly the first positive and negative peaks can be pretty well described with the the following model. We can assume that the technology is exponential, starting slow at the beginning in comparing with a linear growth but after reaching the "singularity" point accelerating fast. Human forecast on the other hand are usually linear, just because based on the human thinking it is much easier to imagine something that is linear. The difference of forecast and real performance of the technology, let we call it over expectations, shows exactly the previously demonstrated positive - negative peak characteristics (Figure 2). 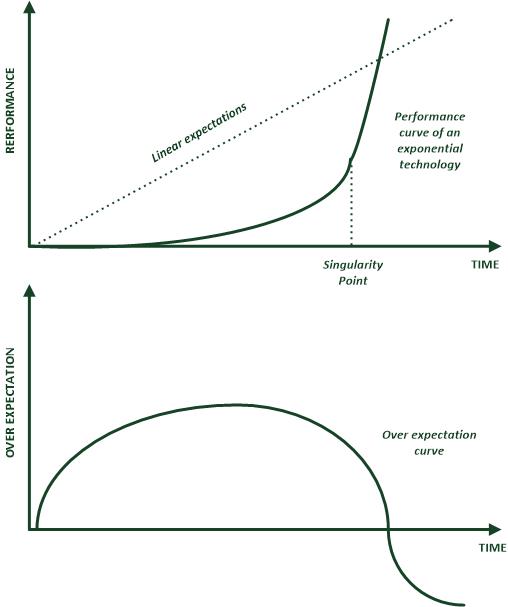 
The model can be further refined if we suppose that the technology itself is not exactly exponential but it has the characteristics of a typical technology. With other words let we assume that the technology has a typical s-curve, but the expectations are despite linear. If so the phase of 'slope of enlightenment' can be clearly identified (Figure 3). 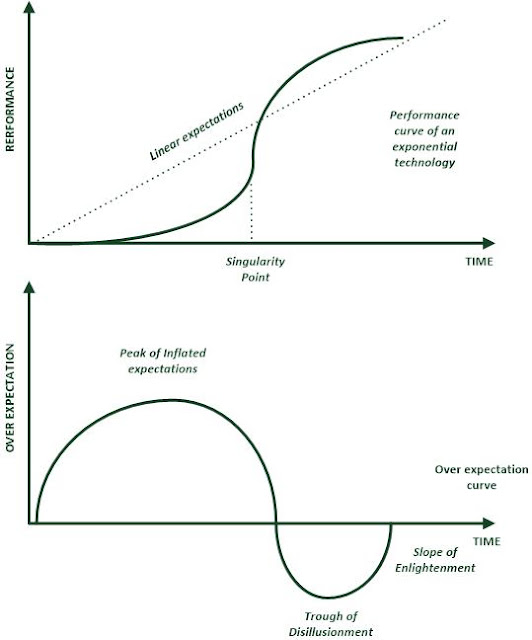