A guest article republished from RealAtom written by Karl Utermohlen. 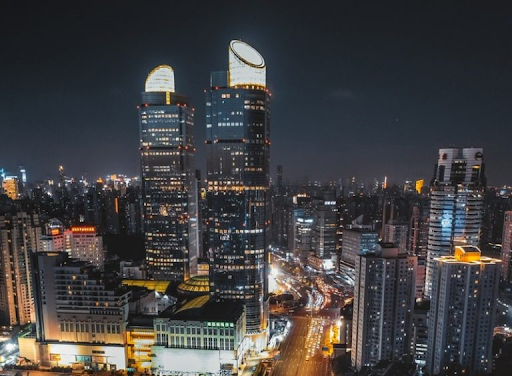 Blockchain technology is a way to store and transfer information in an encrypted manner by distributing data instead of copying it in a central location. Blockchain does so through a cloud, peer-to-peer network that eliminates the need for a third party, which ultimately reduces transaction fees. A digital ledger is then created and updated with each financial transaction in blocks.
There are plenty of benefits to making transactions and transferring data using blockchain as the technology is not controlled by one central entity, such as a central bank. This means that breaching these blocks is extremely difficult, maintaining the sanctity and transparency of its transactions and data.Blockchain is the backbone of cryptocurrencies such as Bitcoin, which offer speedy and low-cost ways of sending and receiving money.

One of the most exciting ways blockchain is disrupting the CRE world is in the form of smart contracts. The industry currently relies on an inefficient system of old-school verification of property ownership by conducting research to ensure the property belongs to the party who is selling it.
Blockchain can reduce the speed in which the chain of custody regarding CRE properties takes place as a property’s title would be stored on a public ledger. This would remove the need for another central repository, thus reducing transaction, state, city and legal costs. The same principle would apply for leases that would be recorded via blockchain.

Blockchain can also ensure that real estates assets are more liquid and the terms of the agreement are fully understood by both sides as every piece of data regarding a property would be stored publicly. This includes data surrounding former owners, construction done on the property, past maintenance costs and records regarding former inspections.
Having all this information available would give the investor a more comprehensive idea of the property they are investing in. Blockchain essentially ensures that everyone is on the same page and both sides are fully aware of what they’re getting into as every piece of information is out there for anyone to access.

Another challenge with the CRE industry is the fact that public records can be outdated, unreliable or not available. Following a property’s paper trail can be time-consuming and frustrating as a lot of this information is lost due to poor organizational skills from industry workers and legacy systems that lose data when updated.
With blockchain, every piece of information on a property would be available in the same place rather than in multiple physical and digital domains. Blockchain would also help to eliminate the type of fraud that sometimes exist in the industry as deeds and titles can be counterfeited easily.

As previously mentioned, Bitcoin is a cryptocurrency that relies on blockchain to complete financial transactions online in a matter of seconds. Some investors and real estate firms have started adding Bitcoin to the industry, including Ivan Pacheco, who bought a two-bedroom condominium in Florida for $275,000 in Bitcoin.
In the residential space, you can buy a condo on the Lower East Side of Manhattan with Bitcoin. Meanwhile, some apartments in New York City are allowing their tenants to pay for rent using Bitcoin. Cryptocurrencies have been historically volatile and they’ve been on the decline since peaking in December 2017, but some investors believe that the future of real estate will be closely tied with Bitcoin and other digital coins.
Nevertheless, blockchain’s role in the CRE industry is becoming more prevalent each day. The technology’s potential to speed up transactions with smart contracts, its ability to add transparency to a deed or title and the fact that it dramatically decreases the chance for fraud suggest that more investors will flocks towards firms that use blockchain for CRE transactions.