on ICO price and media news 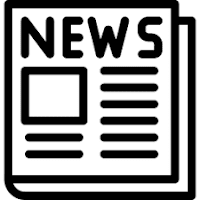 Considering the whole ICO wild west, the appearance and spread of the news or false news are much more critical than in the traditional industry. The whole ICO and token concept based on the idea that the products are actually not ready, they only exist as a whitepaper at the beginning, and perhaps something will be realized perhaps nothing. For this reason the appearance of the different news can influence the price in a enormous way. Surprisingly, informative news, like a new milestone has been successfully reached are usually too technical to really make a huge influence. However such a news that a given company made a successful partnership with a big company or a potential customer make the prices sky-rocketing. The situation can be even worse if the news are actually fake and are created only to manipulate prices. As the whole area pretty much a wild-west, it is questionable what can be done against such a negative manipulation.
Posted by Daniel Szego at Thursday, November 23, 2017