Block identification in a multi-hash blockchain 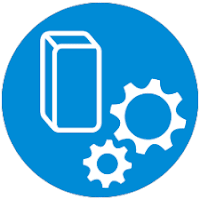 In a classical blockchain platform, each block is identified by a the hash of the block which contains all of the possible information of the transaction, nonce, difficult, previous block hash and so on. From a practical point of view it works as an id of the block. In a multi-hash blockchain, the situation is however a little bit more complicated as there are at least two different hashes of the block. They are certainly, not absolutely independent from each other, as they contain the same data and transactions, however the resulted hash values seem to be totally independent from each other because of the characteristics of the cryptographic hashes. There might be several ideas to identify the blocks:
- one option might be to simply use the two hashes. However as soon there is not just a pair of hashes but a complex hashmatrix, we might as well handle several docents of hash values, which makes the process relative less user-friendly.
- we might as well use something which is calculated based on the consistent information of the hashes, but itself directly is not contained in the chain. One idea would be the hash of all of the hash pointers.
- Another idea might be to use something which is "bellow" the hash pointers, like the hash of all data. It might provide the possibility to easily check if a certain data is available in the chain or not. Certainly, the disadvantage is that it might provide an extra attack vector for tricky hackers.
Posted by Daniel Szego at Thursday, August 02, 2018