How to implement a Blockchain from scratch - accounts and balances 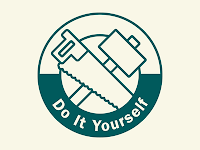 There are two kind of a blockchain:
1. UTXO based systems stores only transactions with inputs and outputs represented as practically coins, an output is practically spent, if there is a transaction which refers with an input to the output of the other transaction.
2. In state based systems there is an explicit representation of an account which contains a balances or other information as data.

An account has the following data structure:
- Address : it is a public key or the hash value of the public key.
- Sequence : it provides a protection against a replay attack, in simplest case it is an integer, in more complicated scenarios it is a kind of a ring of hashes.
- Balance: if the blockchain solution implements cryptocurrency either externally or as an internal cryptoeconomical incentive, there must be a variable for that of a type double or float.
- Data: if the platform implements something other that cryptocurrency, we can have some more data elements as well, like a string or strings for identity management or an array of key value - value pairs for a general smart contract system.
- AccountId: it is questionable if account id is required, as the account address should identify the account as a primary key. The implementation of such an id is the hash of all or some data in the account. On the one hand, It provides some more consistency and hacking resistance, on the other hand however, the value should be recalculated at every new value assignment or balance change.

As a functionality one should provide the following services on the wallet side related to the accounts:
- GenerateAccount: creating a brand new account, means creating a new private and public key with a cryptography and key generation mechanism, like eliptic curve cryptography. The private key should be given back to the user and stored in the wallet account possibly with a corresponding symmetric encryption mechanism. If the address of the account is not the public key directly, the address should be generated from the public key, like with a help of different hash algorithms.
- ImportAccount: the account should be created with the help of an input private key. Public key and address should be generated based on the given cryptographical protocol. As this is not a brand new account, the data of the account must be synchronized from the blockchain.
- SyncAccount: the data, balance and sequence parameters of the wallet account should be updated based on the latest reliable values from the blockchain.

From a conceptual point of view, accounts that are stored by a wallet are the accounts that are administrated by the wallet. In an account/balance based system, they are similar as storing the list of unspent transactions in an UTXO based blockchain platform.

There might be more than one different style of account in the system, similarly as externally owned and smart contract accounts in Ethereum. Typically one can be responsible only for storing the cryptocurrency balance, as others for storing data on the blockchain.