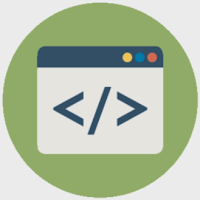 It is actually a weird thing to identify attack surface for a blockchain based system. The major problem is that they are not purely software architectures, but rather complex systems containing both cryptography and software architecture components and elements based on economy. As a consequence "hacking" or "gaming" such a system is usually not purely a simple software engineering task. There can be the following types attacks:
- Classical attacks: like trying to break the cryptography, or exploiting an implementation vulnerabilities.
- Monetary attacks: these exploit the fact that a token or several tokens are actively traded on a couple of exchanges. As an example, pump-dump scheme or perhaps even shorting against a token or cryptocurrency can be regarded as such an attack. Sometimes such an attack is not clearly monetary, but for example is combined with a negative social media campaign.
- Certainly, there might be hybrid attacks as well, that try to exploit some system implementation errors combined with an economical "gaming". For such categories a new field of cybersecurity should be probably defined.
Posted by Daniel Szego at Monday, July 30, 2018