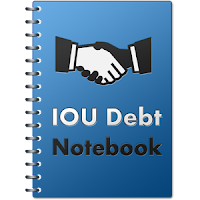 At optimizing an IOU debt graph on the blockchain we should consider the following properties:
- Issuing a new IOU debt must be associated with a digital identity. I should be able to issue a new IOU if I can sign with my private key that I am the issuer of the given identity.
- There should be a balance for each identity on the blockchain accumulating the numbers how much do I own for someone and how much am I owned by someone. The balance can be changed only if someone creates a new IOU requires digital signatures.
- The IOU network can be optimized either by everyone or by special optimizer roles. Network optimization can be executed only in a way that non of the account balances changes.
- The effect of the network optimization should be a decreased complexity of the graph, which can be manifested for example as the amount of edges of the depth graph, or the edges weighted by the debt amount.
- The decreased complexity should be incentivezed, the increased complexity should not be allowed.  - The optimization should not be a totally independent round, optimization should run parallel and consistent with the issuance of new debt.
- It is an open question of a debt can be transferred or traded explicitly without the optimization mechanism.
Posted by Daniel Szego at Monday, July 23, 2018