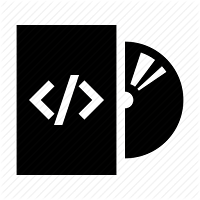 Programming languages and software platforms represent an interface technology between the Turing machines of the computer and the Neorotex of the human brain. It means that they should be designed as much to the computers as to the humans. As an example good software frameworks should be represented as conveyor chains to the humans: having an explicit number of steps that can be parametrized by people in a logical order, having at each step only an explicit number of possible choices. It is not because, that is the way how the computer can best handle things, it is because, that is the way how humans can handle things. The design can be further fine-tuned with considering further limitations of the human thinking, like having the 7+-2 limitation of the short term memory, an optimal conveyor chain might contain the same amount of steps and each step might have 7+-2 input elements as well. Considering the fact that the Neocortex is pretty much hierarchical the chain should can be built up in a hierarchical way containing sub-conveyor chains in each step, up to 7+-2 steps. The whole structure might contain elements not only from the Neocortex but from the human collaboration and social interactions as well. As an example, there might be different teams working on different different steps of the software with different competence areas and the collaboration of the teams might directly be supported by the software framework itself.
Posted by Daniel Szego at Saturday, December 22, 2018