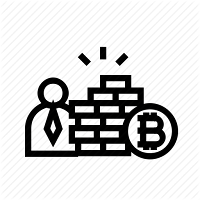 Delegated proof of stake and proof of stake with proxy staking represents two similar approaches, but they have differences as well. In both approaches one financial motivation is that accounts having cryptocurrency but not wanting to take part direct in the consensus algorithm can indirectly take part by a locking the cryptocurrency at a node that makes validation and gaining a revenue for that. In this sense, the approach is pretty similar to participate financial in a company and getting financial revenue for that. In delegated proof of stake, the delegates are chosen directly by the accounts wanting to lock the money in the system. The motivation is here usually something similar than to EOS, or Tendermint having a finite number of validators to finalize the consensus. This finite number of validators are chosen directly by stakeholders, like the top most well-financed nodes are getting always into the actual set of validators. In proof of stake with proxy staking however, the explicit validator candidates are chosen by a different algorithm, like with a central authority. The stakeholders can choose one node to lock down some cryptocurrency and gain revenue on that, however the exact validator set will be not reorganized based on the locked in cryptocurrency. It can only be modified by a different algorithm.
Posted by Daniel Szego at Sunday, December 09, 2018